As I’ve already said, I’ve just finished my first rotation at hospital. That being general medicine. I thought now would be a good time to reflect on the past 6 weeks from a medical perspective.

So, general med. I’m not too sure what it’s called in your part of the world. Internal medicine? Family medicine? Well in my little corner it’s called general medicine. Why am I dwelling on the name? Because I feel it needs defining. With every other branch of medicine, cardiology, neurology etc, it’s pretty self-explanatory what that branch entails. General medicine is a bit different. So. Can I define it? Uhh not really. Basically it seems like this. If you’ve got heart failure, you’re a cardiology candidate. But if you’ve got heart failure in addition to lung abscess, liver metastases, diabetes, kidney failure, fluid overload, peripheral neuropathy aaand urinary symptoms, you’ve just won a free ticket to the general medicine ward! Welcome aboard!

The whole place seemed very disorganised. Everybody seemed to have a million and one problems: The million problems likely to have accumulated over many years (which I’m sorry, you’re just going to have to live with) and that one extra problem you’ve just acquired that we will now attempt to cure or bring to a stable enough condition for you to live with. Eugh. During med school, we were taught that a lot of conditions have no cure, etc. and I was okay with that. But seeing it in practice, was quite difficult to digest. The doctors don’t really make problems go away, they just make sure your treatment is good enough for you to go home and live with your problems. Now I realise this may not be exclusive to general medicine, but it was pretty much all I saw on this ward.

Another thing is that because these patients have a million and one problems, generally they stick around for a while. Statistics say that the average number of days a person stays in hospital is 3 days. I can tell you that only a quarter of the patients I saw in 6 weeks stayed for 3 days or less. There are patients on my ward that came in before I started and are still to remain for a few more weeks after I’ve finished. At least one of their problems causes issues for them every day. Leaving doctors clueless. There is a lot of standing around and thinking in general medicine. I can’t imagine any other speciality doing so. If you’re an orthopaedic surgeon, there’s no two ways about it. The knee needs to be worked on, the knee gets worked on. In general medicine, each of your million problems have to be considered separately and together before any of your medications are changed. Whew. That’s a lot of brain work. I can’t tell you how many times my registrar or consultant stare off blankly into space. Their agile minds sifting through thousands of resources of information on all the illnesses said patient has, and how best to treat them. You can see the sheer concentration on their face as they work to solve the puzzle. It’s quite cool really. But sadly, the solutions are not always so exciting. It generally consists of some small change in their current medication which, to be fair, does make them better and stable enough to go home, but not actually cure them of anything. Sighh. I think I might be too idealistic.

Also, if you stay in hospital for too long, bad things start to happen. Patients become boomerangs. Mr Brown came in with exacerbation of his heart failure which was complicated by his diabetes, liver abscesses, kidney failure and new onset diabetic neuropathy. He remained in hospital for 4 weeks during which time many doctors worked to stabilise him. At the end of 4 weeks on Friday, he was well enough to go home. The doctors cheered and celebrated his farewell for it was a job well done. Monday morning of the following week, he registrar received a call. Mr Brown was to return. He appears to have developed hospital acquired pneumonia.

Luckily for Mr Brown however, the pneumonia in addition to his lung abscess and pleural effusions qualified him to be in the care of the respiratory overlords. Mr Brown was lucky. Poor Mrs Smith however, returned with a new macular popular rash after being treated for her adenovirus. She is doomed to stay on the general medicine ward until the cause of her rash can be isolated.

As I’ve mentioned, in general medicine we get whoever doesn’t qualify for specialist care. Sometimes this can be extremely frustrating because the requirement for specialist care seems to be a bit too specific. And patients that just miss out seem to get sub-optimal care under general medicine. Mrs. Jones has had a long-standing rheumatological condition called behcet’s disease. She presented with abdominal pain and diarrhoea and was admitted under general medicine. Upon investigation, a colonoscopy was done which revealed ulcers in her intestines characteristic of her behcet’s disease. She requires immediate treatment of ulcers and further management of flares of her behcet’s. Both of which cannot be provided under general medicine. However, the rheumatology overlords refused to accept her as she presented with gastrointestinal type symptoms. Gastroenterology refused her as she has an underlying rheumatological condition. But both were happy to offer advice on her care for the minions in general medicine to carry out. Meanwhile, Mrs. Jones was still in pain.

Not. Cool. But I’ve learnt that in hospital, everyone plays hard ball. My consultant knew the game. After several angry calls to both specialists, you’ll be happy to learn that Mrs Jones was referred to gastroenterology and is receiving the care she requires. 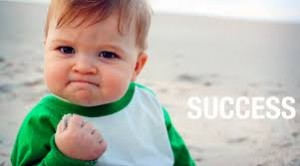 General medicine for the win.

I could go on and on and it seems as though I have. But I will say this. What I love most about general medicine is the patient centred care. The holistic approach to treatment of the patient as a whole. It’s all about the patient. What did they want? Were they well enough to go home? Did they understand what was happening to them? Who else did they want to involve? Etc etc. I think this is something unique to general medicine. One of my lecturers at medschool who is a bigshot neurosurgeon taught us that the more a doctor goes into a speciality, the less they see the whole patient. “An orthopaedic surgeon would basically just see a knee walking through the door” He would say. “Remember to look at the patient as a real person and treat them”. I was really able to appreciate this in general medicine. I could see that this made the patient feel that much better and safe. And I loved it. It’s what I would expect as a patient and it’s what I want to offer. I think I would really enjoy working in general medicine. But of course, it’s too soon to tell. Starting next week is my speciality medicine rotation and I’ve been allocated the most specialist subject there is: Stroke! I will be spending the next 3 weeks thinking and learning only about patients with stroke. I’m not too sure what to expect. But I’ll keep you posted!

NOTE: All names of patients given are not real names.