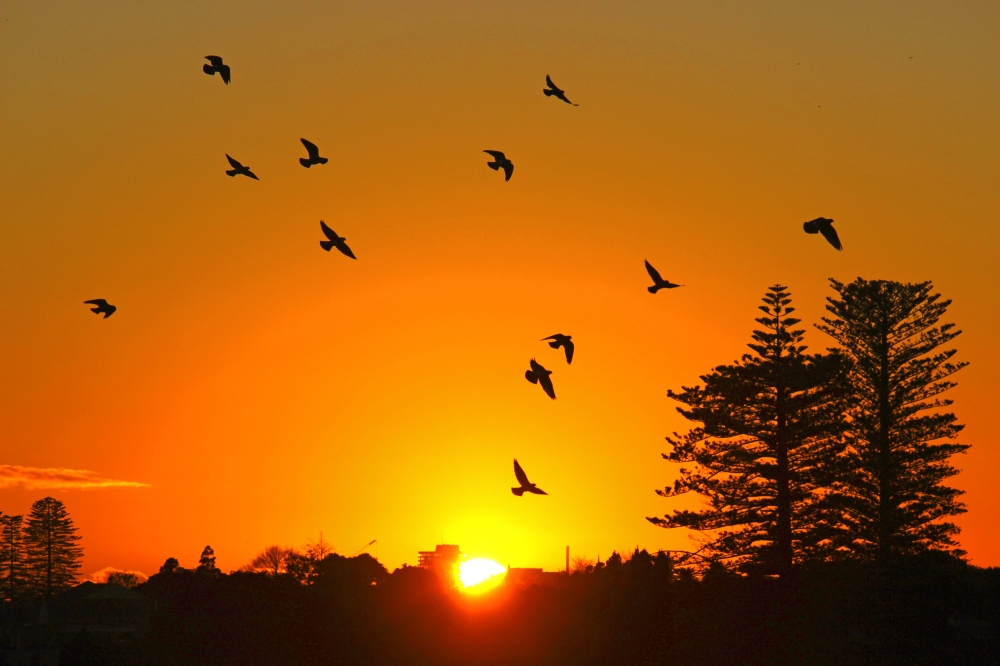 I’m a pretty early riser. But lately I’ve been waking up earlier than usual. Don’t worry I’m not an insomniac (yet), something’s just been keeping me up.

But one of the perks of waking early is that you get to watch the sunrise. Especially in winter where the sun is also lazy and rises late and slowly such that there seems to be more vibrance and colour in the sky.

Only in June in Auckland can you find a sunrise like this. Having an East facing house with a pretty good view is always a plus. And with a little bit of photographer’s luck, I was able to capture some migratory birds as they fly away to a warmer place right over the sun.

I’m actually very partial to sunsets. Sunsets in the West in Auckland – actually sunsets anywhere in New Zealand are pretty spectacular all year round. The multiple colours mixed together as the sun sinks over the horizon is something I could marvel everyday. But as I said, in June, from my house, the sunrise is worth appreciating.

Pretty happy with this photo.

With a start like that, it’s kind of hard not to be motivated and hopeful for the rest of the day.